What was the first water irrigation system?

The ancient world has given us many examples of water management.  It seems that as soon as our ancestors were able to build Civilizations they began to address the issue of how water was to be added to their cities. In the Middle East places such as Babylon and Persia and the Indus Valley Civilisation of the Indian subcontinent, all looked at ways of channeling nearby Rivers into their towns. They did this for a number of reasons. They had a good idea as to the fact that public health was a necessary factor in the continued success of their city state. This seems sadly lost to mediaeval Britons but was very pertinent in the mind of the ancient Babylonians and the Indus Valley civilization. 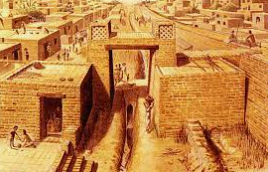 The Indus Valley civilization are the first people to actually attempt to irrigate their cities and their Fields. They used a complicated system of clay and stone guttering to channel water from the nearby Indus river. The river was particularly fast flowing so it allowed a constant stream of water to be directed from its banks into the city.  From this mains system public water places such as wells and fountains were fed by the irrigation system. A modern service for Water Irrigation Systems can be provided by www.irrigationuk.com 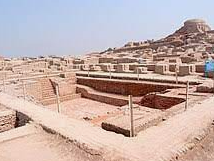 One of the most intriguing and enlightening features of the irrigation system that the Indus Valley civilization built was that of toilets. Communal areas were created with a fast flowing system of water underneath them. You could sit and go about your business above this water and it would channel the waste back out into the river away from public areas. This design was so successful that it carried on until as late as the Roman empire and can be seen still in this country at places like Chedworth Roman Villa.