The Different Types of Rubber

We all know what rubber is and we see it and use it all the time in our everyday lives. Initially, humans could only use natural rubber but over the last century, synthetic rubbers are now available. Rubber is highly stretchy and can be moulded into many different shapes making it a very useful material for industrial and manufacturing purposes. There are two main categories – natural and synthetic but now silicone can be considered a third category. Here are some of the different types:

Natural – Civilizations thousands of years ago used natural rubber by tapping trees to extract the maple-syrup like tree sap. Rubber was used in this form for many years throughout human history but its downside was that it became sticky or melted when exposed to high temperatures. It wasn’t until 1839 that Charles Goodyear invented the vulcanisation process to make the material more stable. 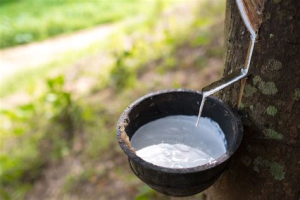 Synthetic – As opposed to the natural source that natural rubber comes from, synthetic rubbers are made from petroleum byproducts. Their benefits include being resistant to ozone, oxygen and oil. In the U.S, two thirds of rubbers produced belong to the synthetic category. Here are some different synthetic rubbers:

EPDM – This is the most common type of synthetic rubber used for rubber moulding. It is a cost effective choice and resistant to most things including grease, oils and mild acids. Many manufacturers start with EPDM as it’s a good general purpose material. It is cheap and strong but can deteriorate when exposed to oils which it absorbs and it doesn’t have great tear or abrasion resistance.

Neoprene – This is often the top choice for components that will be exposed to weather and petroleum oils. It is also easily bonded to substrates. The disadvantage is that it has poor water and solvent resistance.

Silicone – Silicone sits in its own category and has become increasingly popular due to its good extreme temperature resistance. It remains flexible and offers a good compression set regardless of temperature. It is easy to manufacture and is thus used in many industries including medical, aerospace and construction. For more details on Silicone moulding UK, visit a company site like https://www.meadex.co.uk/silicone-moulding/ 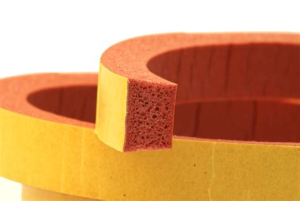 Butyl – This rubber type is useful for dampening vibration and also offers good resistance to gas and moisture permeability. It is also useful as an electricity conductor and offers good protection against tearing, abrasion and ageing due to heat. It is inert to chemicals but comes at a higher cost than other varieties.

SBR – This was the first synthetic rubber to be invented. It offers the same properties as natural rubber but is not latex based but petroleum based. Today it is commonly used in combination with natural rubber and not as a substitute but was initially developed with speed as a result of requirements during the Second World War.